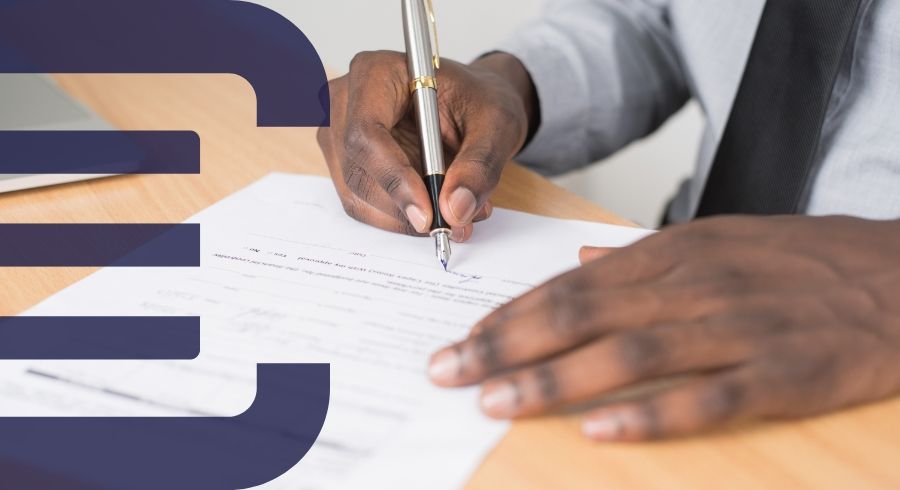 ASC 842, which replaces the previous GAAP standard ASC 840, changes the way leases are classified, which therefore affects how lease accounting is executed. Before the alteration, leases were either capital or operating leases; with the new standard, capital leases are now called finance leases. However, the accounting calculations for them have remained the same. Operating leases, in contrast, are still the same by name but are calculated in a different way.

But that’s only the beginning. Let’s start with some basic definitions and then jump into the nitty gritty, answering questions like “what qualifies as a finance lease?” and “do operating leases go on the balance sheet?”.

As stated above, finance and capital leases are nearly the same in everything but name. Leases classified as ‘finance’ are counted as debt in a lessor’s finances, and are treated like assets on a company’s balance sheet. This means that they depreciate and incur interest over time.

Operating leases are defined as a contract that permits the use of a certain asset without transferring the ownership right of that asset for any less than a major part of the asset’s life. That is, unless the lessee pays the lessor virtually all of the asset’s fair value.

Operating leases are used for the limited-term leasing of assets and include a traditional renting relationship where there is no transferral of ownership. These types of leases are expenses that used to remain off of a company's balance sheets— the leased asset and the liabilities associated with it were not previously included on a company’s balance sheet.

What Qualifies as a Finance Lease?

The GAAP used to use qualifying measurements, such as the percentage of the lease payments that defined the fair value of the leased asset, to classify a lease as finance. Called a bright line test, these numbers are now obsolete with the advent of ASC 842.

Finance leases must now have at least one of the following conditions in its contract to be recognized as compliant with the US GAAP:

What Qualifies as an Operating Lease?

It’s quite simple, following that list of criteria. Whatever lease does not classify as a finance lease is an operating lease.

Which is Better: Finance or Operating Lease?

All leases allow organizations to “pay as they go” for the use of a needed asset without the burden of ownership and oftentimes with limited maintenance responsibilities. That is a quintessential aspect and advantage of a lease agreement; a lessee gets the benefits of ownership without actually having to own an asset, and a lessor gets to turn a profit on their asset.

However, it was not always the case that all types of leases were recorded on the lease balance sheet. Many companies used to prefer to classify their leases as operating leases precisely because they were only recorded on their income statement— they used to have no impact on a company’s balance sheet.

As a result, operating leases did not negatively impact a company’s debt-to-equity ratio because no liabilities were included on the balance sheet along with the lease. This ability to leave a lease off of a balance sheet made a company look as though they were a better investment and had stronger financials than if the lease was classified as a finance lease.

The fact that operating leases were not documented on a firm’s balance sheet was a loophole that American companies had been using for years to keep their debt-to-equity ratios low. Now, with ASC 842, both types of leases are required to be put on a company’s balance sheet, making this loophole obsolete.

However, the expense recognition pattern does differ for operating and finance leases. Operating leases require lease expenses to be recognized on a straight-line basis over the lease term, whereas finance leases (just like capital leases) require the lessee to recognize interest expense and amortization expense, which means expenses will be higher at the beginning of the lease and decrease over time.

Like we’ve said above, ASC 842 is a game-changer for lease accounting for American firms. While the concepts of operating vs finance leases remain, any lease 12 months or longer is now required to be recorded on a balance sheet. This makes lease accounting more complicated for many firms.

Do Operating Leases Go on the Balance Sheet?

Operating leases used to not be documented on balance sheets, which is why American firms previously classified as much as they could as an operating lease. Now, under ASC 842, these leases are included on the balance sheet.

How Software Can Help You With Lease Accounting

With these changes in lease documentation and the requirement of all leases to be documented on balance sheets, looking for methods and tools to ease into these new changes and make sure your company’s lease accounting is up to the new standards is a good way to adapt.

Utilizing LeaseCrunch is an optimal way to make sure your financial statements are compliant and that your leases are correctly categorized. A Top 100 CPA Firm, Brown Smith Wallace, began using LeaseCrunch for their lease accounting, client management, and reporting needs. They hail it as the best solution available for lease accounting because our software offers:

After learning about the changes in lease accounting, let us handle the increase in complications so you can stay compliant and focused on your business. Interested in a worry-free lease accounting experience and want a demo? Contact us today to get started.